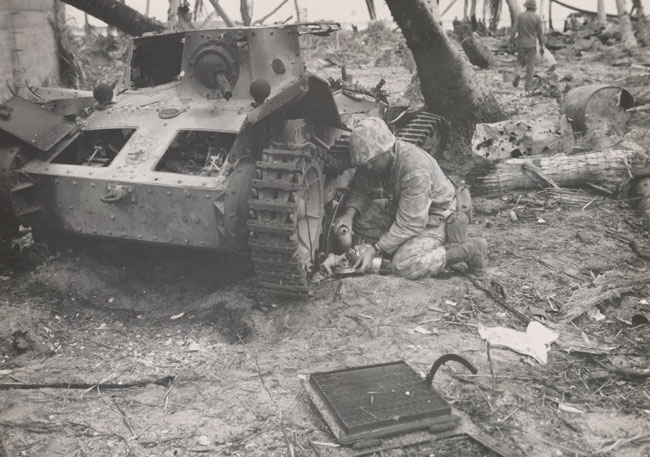 Every child who goes to school is taught about the two world wars that shook the planet and lead to millions of lives lost and destroyed. Looking back it’s hard to imagine the decisions people in power that resulted in such massive suffering. The world has come a long way since then, mostly because it witnessed the devastation we are capable with our new nuclear toys.

Not everyone takes the lessons to heart though. Someone wise once said that if we don’t remember history we’re doomed to repeat it. Good for us, there exist people who not only are interested in learning the lessons the bloody history of humanity has to teach us but they’re obsessed with it. Something drives them to learn and pay attention to the details. Maybe they’ll be the ones that will help us avert the third big war.

Following is a list of some interesting gift ideas for these enthusiasts of the one of the most significant wars in history. Some cool ideas on what to give to a WW2 buff that’ll please them. Pick one that suits your recipient’s taste. 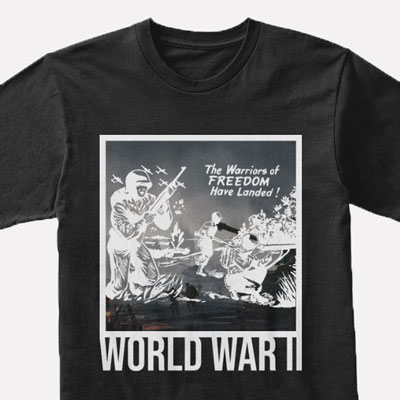 Public opinion matters in the time of war. It’s a time of scarcity and turmoil. People have to go through hardship and suffering and they need to know that the sacrifice means something. They need to be reassured that the dark times will be over and their side will win. Hence the governments make it their business to craft inspiring propaganda to keep the public spirit up.

This t-shirt design is inspired by an actual poster used during the war. It looks cool and is perfect for any World War II buff to wear. Your recipient will be impressed by your choice. 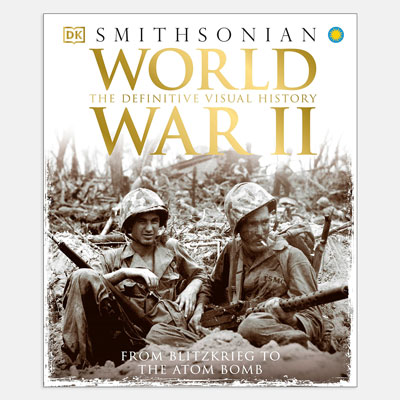 Many people enjoy learning new things, especially if it’s about a subject that interests them. Not everyone enjoys reading books though. They need some visuals to go along with the text material.

Visual History of World War II tells the story of WW2 in an interesting way. Photographs, maps, timelines explaining what happened when and more. If your recipient is a World War buff who is the curious type but doesn’t enjoy reading as much, this may be something that they will enjoy.

Recipients often value gifts for what they represent than the concrete material benefits of it. The price tag doesn’t really matter as long as the item “looks” expensive and high quality. Recipients value gifts that are aesthetically pleasing over their function.

This mug specifically designed to flatter a WW2 buff by spinning their obsession into a positive thing. It is minimalistic, well designed and looks as stylish as a coffee mug can look. It checks all the boxes that make up a good gift. 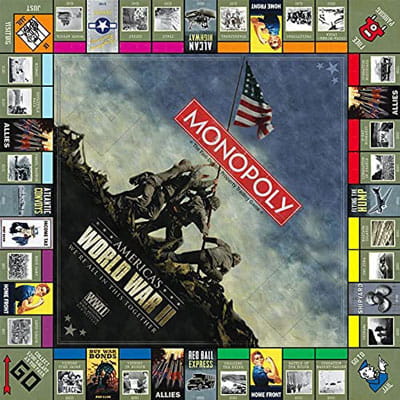 Monopoly World War II We Are All In This Together Board Game - Amazon.com View on Amazon

Mindlessly picking the first thing that you think your recipient will like is not the best way to go when picking a gift. You need to empathize with your recipient to pick a gift they’ll enjoy. This often requires sufficient knowledge of the recipient’s tastes and gift exchange experience.

If your recipient is someone you know to be fond of board games and don’t own this version of the game, they’ll appreciate it. Do they enjoy playing Monopoly? If so, and they’re also a World War II buff, this will be something they’d be interested in. 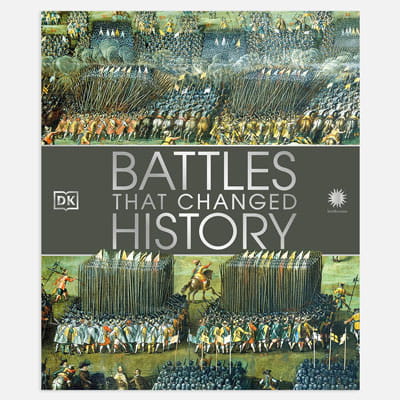 Humans are hardwired to crave stories. It’s one of those things we need in order to survive. Stories are what help us make sense of things–how things work. They help us know what to do and what not to do based on the successes and failures of those who those stories are based on. History is a great storyteller. It’s in the name for a reason. The curiosity that drives us to learn about the past is what helps us make the right choices in the future.

Battles That Changed History is book about the most significant wars fought in the last 3000 years. These wars shaped our civilization. If your recipient is a history buff who enjoys reading, they’ll love this book as a present.

A collection of gift idea for American civil war buffs. A list of likable gifts to give to people obsessed ... 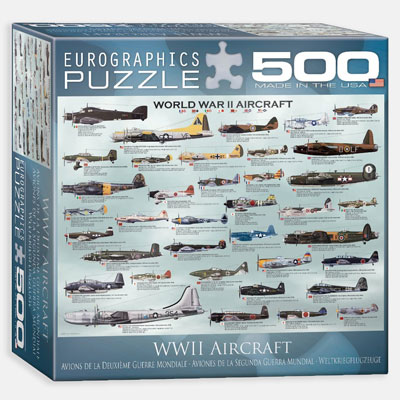 Human motivation is a fascinating topic that has baffled scientists for decades. Without it we wouldn’t even be getting out of bed in the morning, literally. A child with ADHD who can’t focus on anything for more than ten seconds will spend hours playing a game that he enjoys. Someone who enjoys solving puzzles will forget to eat when they’re trying to figure it out.

If your recipient is someone who loves puzzles of all sorts, is a WW2 buff and a future pilot who likes aircrafts, this maybe the right gift for them. I wouldn’t recommend it for anyone who’s above the legal driving age though. 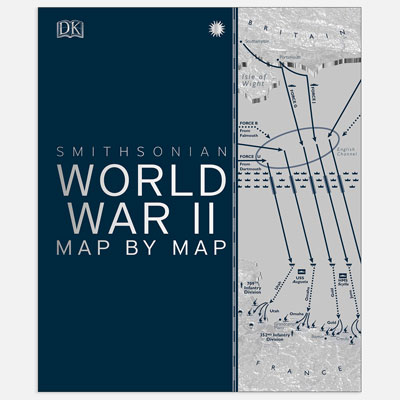 Chances are that if your recipient is a true World War buff, they already own all the usual books on the topic. It wouldn’t help to give them a book they own a copy of or have read. To avoid this you have to pick one that is interesting enough so they’d read it if they got it yet one they’re unlikely to have come across.

World War II Map by Map is such a book. It covers, in detail, the logistics of the war. The original maps, timelines and order in which things unfolded. It’s full of stunning pictures that keep things interesting. If they don’t have one already, this book maybe something your recipient will love to add to their collection. 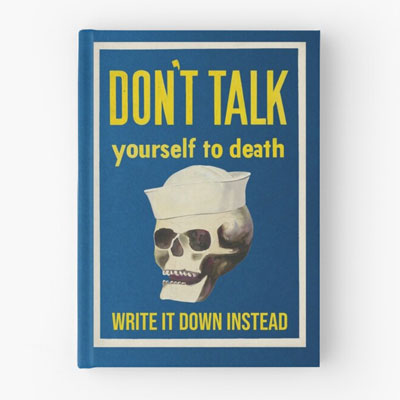 Uniqueness in a gift is a good thing. Ordinary items that can be found anywhere are useful when it comes to buying essentials but they’re not “the stuff of gifts.” It also helps to give items that seem specifically tailored to your recipient’s needs and wants.

This World War II poster inspired journal is perfect for a recipient who likes to write stuff down. You can gift this to an aspiring writer who is also a WW2 buff. They’ll have a distinctive notebook to pen down their next war novel and you will get praised for your thoughtfulness as a gift-giver. 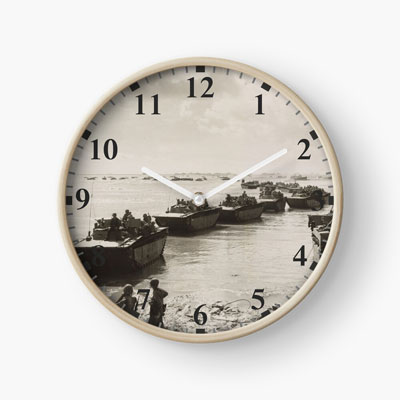 Beautiful looking things make for great gifts. Recipients prefer aesthetics over practicality. The best gifts are the ones that look good and are somewhat useful.

If your recipient is into vintage, old-school looking stuff they’ll appreciate getting this WW2 themed wall clock. The picture in the background is of the ally troops in Tinian and represents a historic moment in the war. This is a gift that a WW2 buff with class will love. 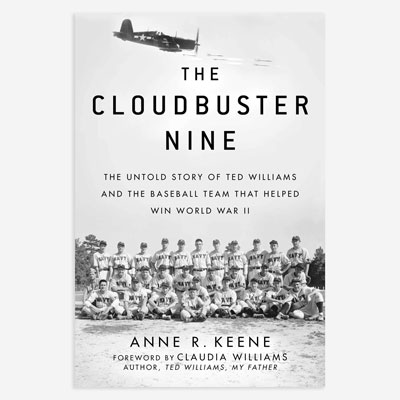 The Cloudbuster Nine: The Untold Story of Ted Williams and the Baseball Team That Helped Win World War II - Amazon.com View on Amazon

Not everyone appreciates getting a book as a gift. You should only gift books to those who truly enjoy reading. The rest will likely be disappointed no matter how interesting the book you think may be.

A good gift reflects the giver’s in-depth knowledge of the recipient’s preferences. You must know them well enough to know what they’ll like. If your recipient is someone who loves to read and will be interested in reading about the story of a baseball team that helped in winning World War II, gift them this book. If not pick something else from the list.