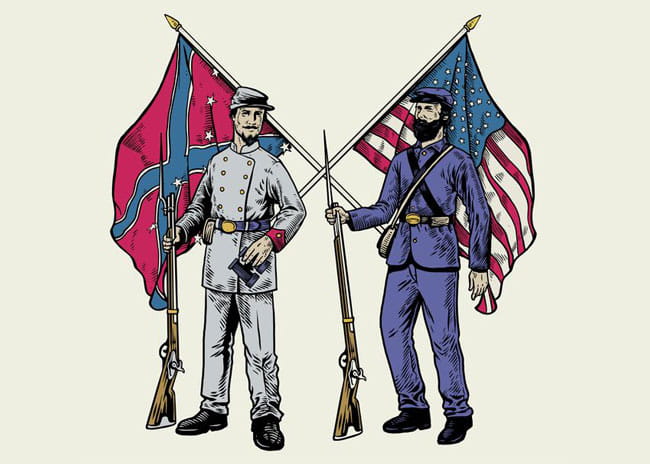 " War is cruelty. There is no use trying to reform it. The crueler it is, the sooner it will be over. "
― Robert E. Lee

It’s baffling how many people are fascinated by one of the most bloody and brutal war in America history. The civil war caused more American casualties than all the wars combined up until the Vietnam war. Maybe this obsession is a good thing. After all those who forget history are doomed to repeat it.

Considering how divided the country is today (Many people thought the second civil war was upon us in 2020) being reminded about the last one is necessary.

Whatever the reason for their obsession, people who are civil war nerds love to discuss it. Some even reenact it.

Let’s not pass judgement though. You should do what your heart desires, even if it’s role playing soldiers from centuries ago.

Following is a list of some cool gift ideas for civil war nerds. Pick one that suits your recipient’s style. 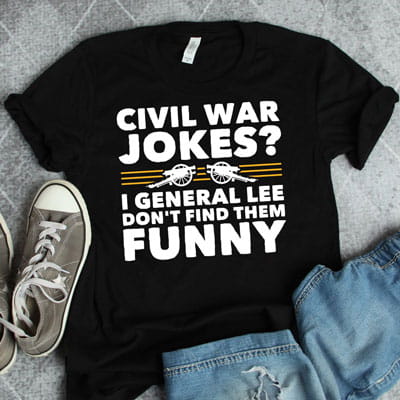 I’m not a big fan of puns. They’re considered the lowest form of comedy for a reason. Making a pun makes you the butt of the joke and achieves nothing but getting your listener to roll their eyes.

It’s not to say that they’re completely useless. A good pun printed on a t-shirt will bring a smile to anyone’s face. It’s a genius way of delivering a pun without making yourself look bad.

This t-shirt will make a fun gift for any civil war buff with a sense of humor. 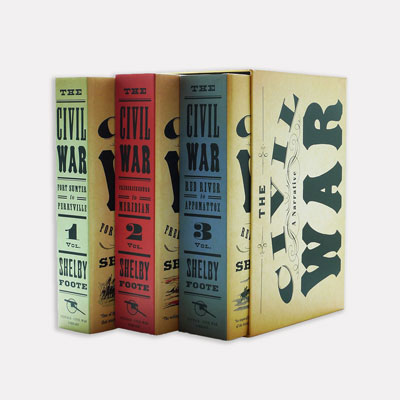 Most of us have a general idea on how the civil war went down. We know why it was fought. We know a colossal amount of people died. And we know who won.

For those who are truly interested in the details, this is book volume is a great place to start. It covers the war in comprehensive way over three volumes.

If your recipient likes to read, this will make the perfect gift for them. 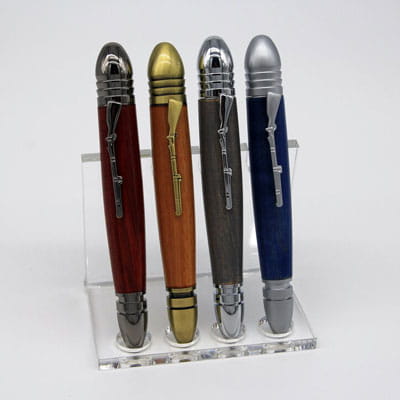 Recipient prefer gifts that are at least somewhat practical and feasible over worthless “fun” stuff. You don’t have to find the most creative gift in the world for them to like it.

This stylish civil war themed pen comes in many variations. You can pick the color, design and even the wood material from many options. 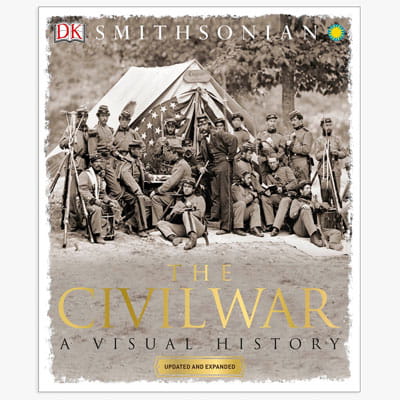 History, when well thought, can be a fascinating subject to learn. After all, what is history but a bunch of true stories? And us humans are wired to crave stories.

This book by The Smithsonian is a visual history of the American civil war. It’s full of surreal pictures that tell the story of the events that took place during the time.

If your recipient loves history but isn’t a reader they’ll still enjoy the book through the photos. 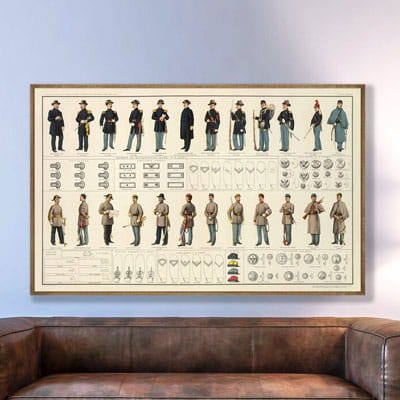 You’d think fashion choices don’t matter much when you’re trying to rip apart your enemy into pieces and their uniforms in the process.

But military uniforms do get fashion upgrades from time to time. I guess you need your soldiers to look and feel good to maintain morale.

This wall art captures the evolution of military uniforms during the civil war era. A true civil war buff will find it fascinating. pressed. 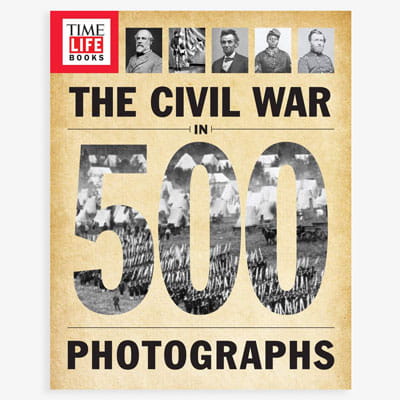 Even the best of writers have trouble describing the exact feeling of witnessing the times of war. A well taken picture can do the job of communicating the feeling far well.

This book tells the story of the civil war in 500 stunning pictures. It’s strange to look at the pictures from a older era and compare it the far different world of the present. This will make a welcome gift for any civil war enthusiast. 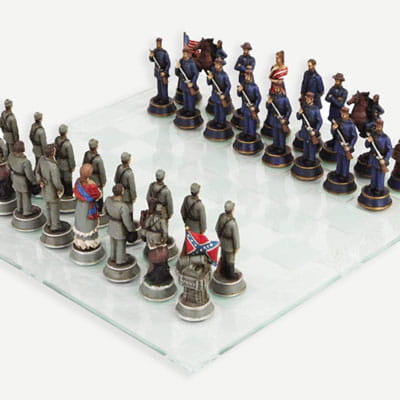 While sheer manpower has its benefits in war a weak strategy can lead to a defeat from a smaller army with a superior war strategy. Its not about what you have but how you use it.

War is not unlike a game of chess. You have to know your plays and anticipate your enemy’s moves. 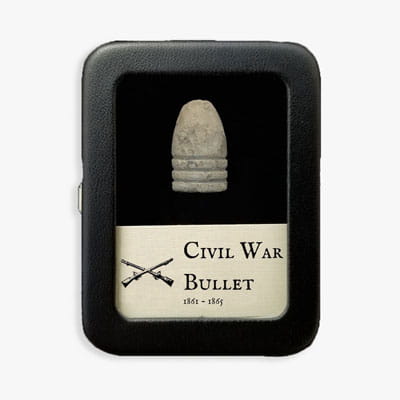 Gifts should be practical. Recipient’s like gifts that add value to their lives. There are exceptions to this rule though. For someone who is passionate about a thing, they tend to be fond of collecting rare things that are connected to it. While these collectibles aren’t much practical they do please the owner.

This authentic bullet from the civil war is something a real civil war buff will be glad to receive. It comes in a nice box and all. 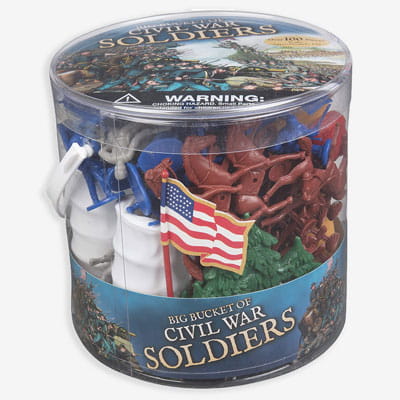 Some people wrongly assume that hobbies are a waste of time. And while a hobby may not directly lead to monetary gains they do have their benefits. Engaging in something relaxing can decrease stress levels and take your mind off distractions. 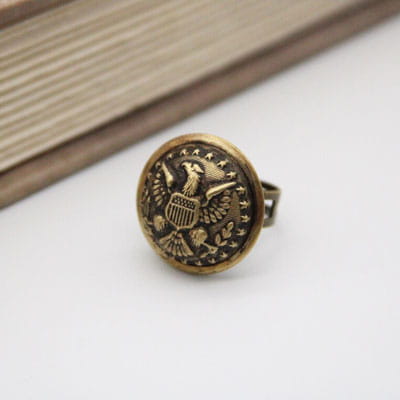 There was a bald eagle named Old Abe (Named after Abraham Lincoln) who was a mascot of 8th Wisconsin Volunteer Infantry Regiment during the civil war. His image was later adopted for the screaming eagle on the insignia of the US Army.

Someone well versed in the Civil War history would know the origin of the eagle symbol we see in American establishment today. This beautiful Civil War ring will make a fine gift for such a person.