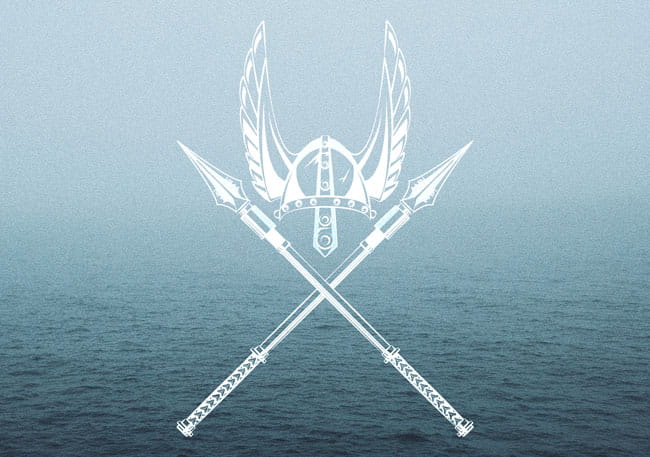 " Better to fight and fall than to live without hope. "
― Volsunga Saga

They say history is written by the victors. In case of Vikings it was the Christian writers and chroniclers who portrayed them as mostly violent, godless pagans who did nothing more than raid and kill. The Vikings indeed do all that but what’s often left out of books and movies about them is the sophisticated and complex culture they were a part of. They were warriors but they were also traders, storytellers, explorers, missionaries and artists.

Recently, movies and TV shows have began to explore the complexity of this culture more fairly. Shows like Vikings and The Last Kingdom have created a generation of fans who are interested in exploring the Norse culture.

If your recipient is someone who is into Norse mythology or is just a fan of Vikings and their ways, following is a list of some charming gift ideas for them. Pick one that suits your recipient’s style. 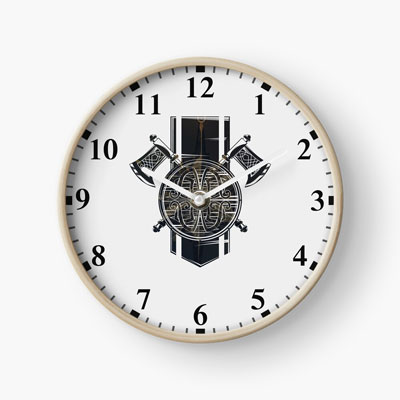 Gift giving has puzzled economists for decades. What may seem like an efficient gift (what recipients ask for, cash, etc.,) are often considered inappropriate. It is one of those things an android devoid of human emotion will have a tough time figuring out. Items that are traditionally giftlike are not practical and very useful.

To get around this you can pick a gift that’s unique and aesthetically pleasing (appropriate as a gift) and also somewhat useful, such as this beautiful Viking themed wall clock. It is something your recipient will be delighted by. 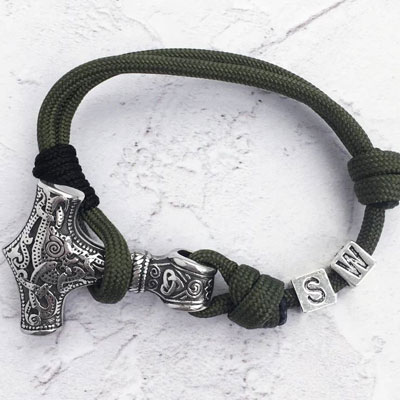 Vikings believed in the old gods such as Odin, the All Father, known to have sacrificed one of his eyes in exchange for knowledge of runes and Thor, thunder god with his mighty hammer Mjolnir. Being known as one himself Thor was popular among warriors and thus his hammer symbolizes strength.

This personalized Mjolnir bracelet is a perfect gift for a Viking buff you know. Your relationship to the recipient matters when picking a gift. This will make an ideal gift for a husband, boyfriend or a brother. You can even get their initials engraved to make it more personal.

History in The Age of Vikings 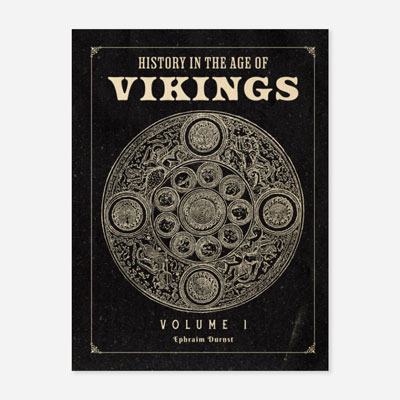 History in the Age of Vikings: Volume 1 Hardcover – December 8, 2021 - Amazon.com View on Amazon

The Vikings have had a long and glorious past with conquests around the world and great victories. Yet they came from humble beginnings. The original Viking homeland was mostly made up of rural areas with almost no towns. They were farmers and fishermen. With time, as populations grew and they had to find more resources to sustain it, they had to explore other lands.

If you’re giving a book to your recipient as a gift, go for the hardcover version. Paperbacks come off as cheap and invaluable. Not a perception you want your gift to have.

Their history is a fascinating chapter in the human civilization that puts light on civilizations work. History in the Age of Vikings explores this Age of warriors in depth. If your recipient is someone who enjoys learning history, this will be a fine gift for them. 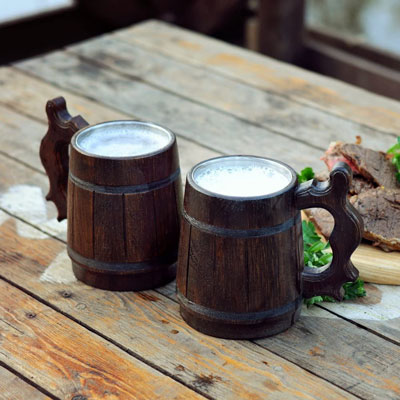 Men are more likely to have an economic view of the gift-exchange and this leads them to picking gifts based on their practicality. A guy will much appreciate getting the latest Playstation as a gift from a spouse rather than any sweet, romantic gift she could come up with.

If your recipient is a masculine type who loves the Viking culture they’ll be pleased to get this set of beer tankards as a gift. It’s unique, useful and with this they will be able to enjoy their beer like a true Viking warrior or at least pretend to be. 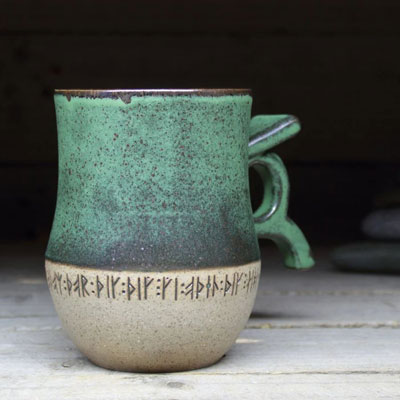 How it looks matter when it comes to a recipient’s perception of what a good gift should be. Recipients often prefer to receive items that are aesthetically pleasing over their functionality. Thousands of years of evolution and higher brain function allows us to make rational decisions but underneath all that intelligence lies a primitive brain that just enjoys looking at pretty, shiny things.

This Viking themed mug design is inspired by archeological findings from old Scandinavian pottery ruins. Your recipient will be pleased on getting this beautiful mug as a gift.

A collection of gift idea for American civil war buffs. A list of likable gifts to give to people obsessed ... 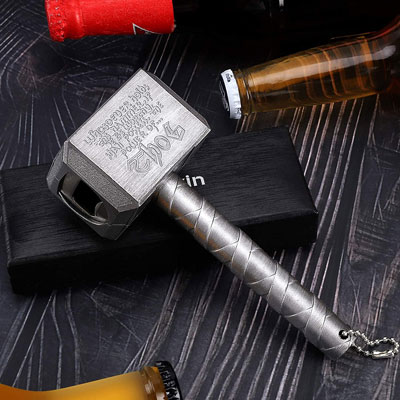 Not many people, except of comic book nerds and mythology buffs, had heard of The Mighty Thor or his hammer before the Marvel movies popularized the character. Not everyone likes gods but most people like superheroes. You can find Thor merchandize in every gift and comic book store now. Thor is a big deal in Norse mythology though. And his hammer is a powerful weapon.

This hammer shaped bottle opener will make a fun gift for any guy who is either a fan of the films or just into Norse mythology. The Vikings didn’t have beer bottles at their time but if they did I bet they’d open them the same way. 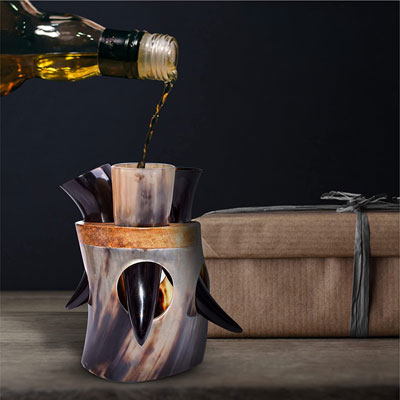 It’s a myth that the Vikings wore horns on their helmets. Most of them didn’t even bother to wear helmets. I guess adding the horns was a not so subtle touch by the storytellers trying to utilize every chance they get to demonize their enemies. It stuck though and for ages Vikings were portrayed that way in the media.

The story about them having horns on their helmets may be false but they in fact drank out of them. This horn shot glass set is a cool gift idea for anyone who likes Vikings and their ways. You can give it to anyone who enjoys their occasional shots. 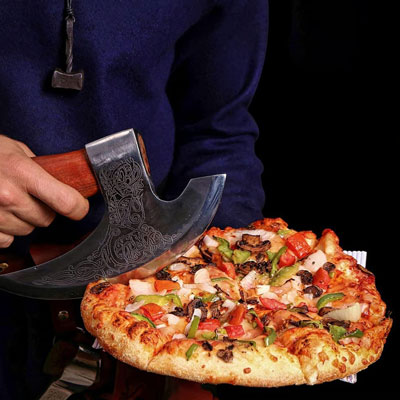 Gifts are more than just an economic exchange of goods. What we choose for them signals to the recipient our knowledge of their needs, wants and preferences. To pick a gift that’s a fit for your recipient you need to know them well enough. That often involves a history of gift exchange.

If your recipient is a Viking buff whose diet consists of lots of pizzas, they may find this Viking style pizza axe useful as well as charming. Tell them the Vikings sliced their pizza the same way. 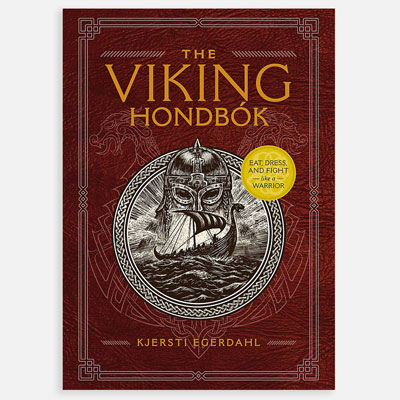 The Viking Hondbók: Eat, Dress, and Fight Like a Warrior Hardcover – May 5, 2020 - Amazon.com View on Amazon

Books can make fine gifts but you have to follow proper etiquette and be careful on what you’re giving and to whom. Even the most ardent readers will often be disappointed by getting a book as a present. After all, why be happy about getting someone you can get yourself at any bookstore. Which is why you must pick a book that your recipient is likely to be surprised by. Something they didn’t knew existed yet will be glad to have found.

If your recipient enjoys reading and is a big fan of the Viking culture, they’d enjoy this book. The Viking Handbook is a detailed guide on everything Viking–how they dressed, what they ate, weapons, customs. It’s an interesting read for anyone who wants to know more about the culture. 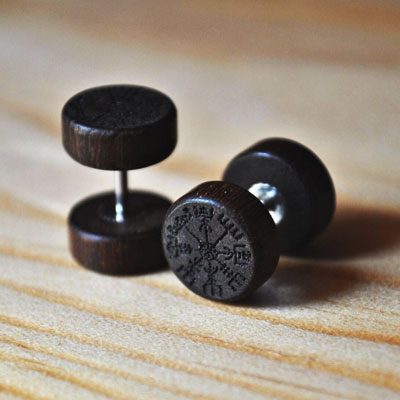 Scientists have been trying to figure out the formula for a perfect gift. Recipients, when asked about what makes a present “gift like,” suggest that uniqueness is one quality they consider.

You don’t have to go hunting in obscure stores to find something unique for your recipient. Just find them something that stands out and which is uncommon. If your recipient is a Viking buff and is fond of Norse calligraphy they’ll appreciate these classy earrings as a present. Just make sure you give it to someone who actually wears them.