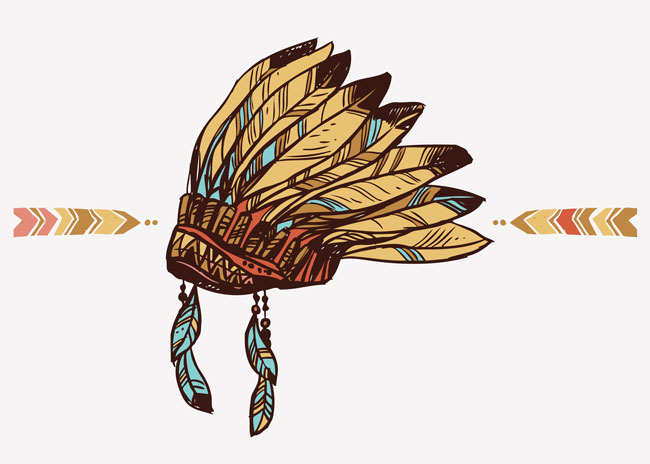 "It is better to have less thunder in the mouth and more lightning in the hand."
― Apache Tribe

The Native American culture is a diverse one with around 574 federally recognized American Indian and Alaska Native tribes and villages in the country. They share an identity but each have their own unique culture and history. And although a lot of the literature and knowledge was erased by the colonists along with the genocides commited by them, some of it managed to survive.

One of the most notable tribes among the natives were the Cherokee. They were the mountaineers of the south. Their territory comprised an area of over 40,000 square miles, land including the states of Virginia, Tennessee, North & South Carolina, Georgia and Alabama. Like most tribal geography they had no fixed boundaries.

Before the arrival of the Europeans it is estimated that there were around 50 million native people in the Americas. Today, a fraction of the population has survived.

Following is a collection of some interesting gift ideas for Native Americans. Pick one that suits your recipient best. 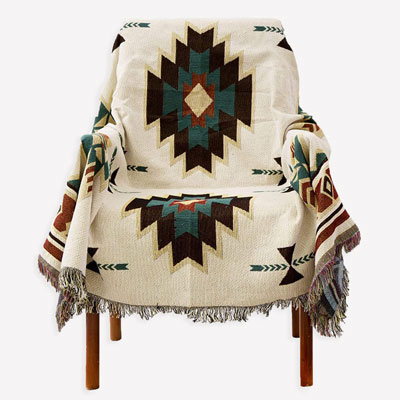 Native tribes are known for their unique fashion and drip. The patterns look exotic and stylish. This blanket is a traditional adjacent gift ideal for anyone who is an admirer of the culture. It’s useful and adds to the aesthetic of any well designed home.

A gift like this is mostly a safe bet for anyone who is interested in exploring exotic, cultural things. 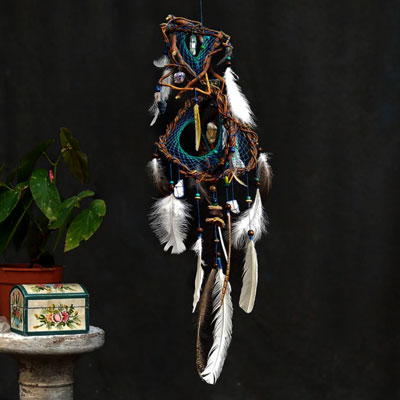 Some traditional practices are meant for people to feel safe and protected. The world is a harsh place with lots of hidden dangers lurking in the shadows, sometimes leading to anxiety and the sense of lack of control. To deal with this people drift towards spiritual solutions that make them feel at ease.

Hanging a dreamcatcher near where you sleep is a Native tradition that has come to popularity recently in the west. They make for gorgeous decor items after all. And thus make for attractive gifts for anyone with a good sense of style. 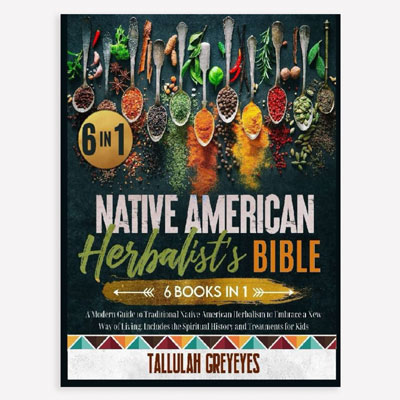 I’m not a particularly big fan of pseudoscience. Practitioners of such crafts are not well intentioned and grift people out of money. But long before modern medicine reached the sophistication that it did, there existed some other alternatives that provided some solutions at the time.

If your recipient finds themselves constantly in need to a hangover cure remedy, gift them this guide. They might find it useful. 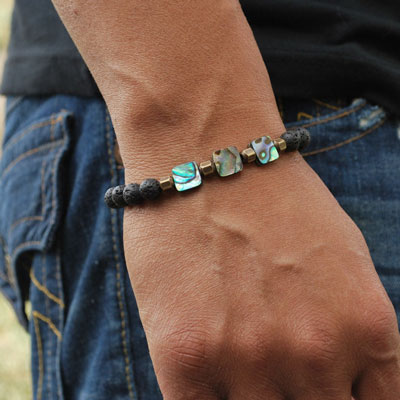 It’s hard to find accessories to gift to men. Keep in simple and minimalistic with not bright colors. For majority of your male recipients this advice will work just fine.

This stylish looking men’s pendant is an superb choice for any guy who doesn’t mind playing with his femininity. A lot of guys will shy away from wearing anything that will make them come off as feminine so be careful not to gift it to such ones. 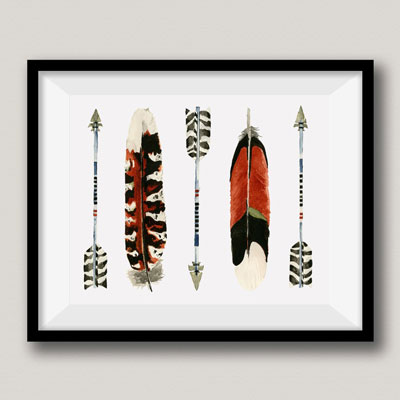 Sometimes simple but beautiful works of arts from small creators make for great presents. They make for unique presents the same as are the artists who make them.

Feathers and arrows aren’t just stereotypical props used in hollywood movies to depict Native Americans, they are important symbols in the culture. This minimalistic painting will make a fine present for anyone who’s into stuff like this. 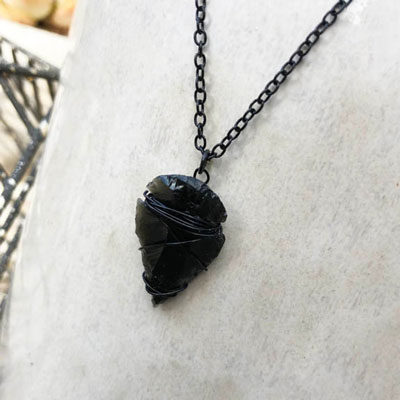 While it’d be cool to gift someone an actual vintage necklace like this that some native woman carved out for her husband centuries ago, removed from their grave to be sold to anyone who is into such stuff. I imagine they used to do this with the real thing in the old days. That may be somewhat unethical but people like it regardless.

This Native American arrowhead necklace is handmade by a native artist and is the next best thing. Gift it to anyone who is into such things. 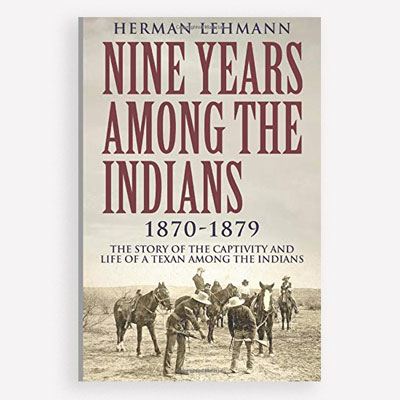 What better way to learn about a foreign culture as a westerner than read about it in a book written by one who shares some of your perspective. That of an outsider.

In Nine Years among the Indians author Herman Lehmann about his experiences living among a Native American tribe, from time spent in captivity to learning to live with the enemy. If your recipient is someone who enjoys reading about history they’ll like this book. 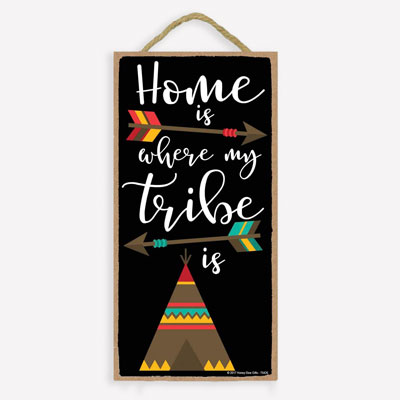 Honey Dew Gifts Home is Where My Tribe is 5 inch by 10 inch Hanging Wall Art - Amazon.com View on Amazon

When it’s time for a fun drinking game, what’s better for a bunch of New Orleaneans than to drink out of some cool New Orleans themed shot glasses.

A gift like this is useful and feels personal since you base the choice on something they love―their beloved city. It’s a creative gift idea that anyone who’s a fan of drinking games or vodka will enjoy. These also make great souvenirs if you want to bring something back to gift to friends after a visit to the city. 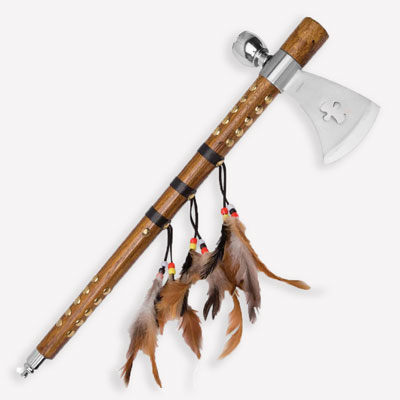 Let’s face it, Tomahawks are cool. And a Tomahawk themed smoking pipe is even better. This is the kind of gift you give to a friend who enjoys collecting creative stuff.

If your recipient is also into Native American themed stuff and generally like cultural related decor they’ll love this pipe. Also, if they’re occasional smokers with an interest in collecting a variety of pipes and accessories this will make a perfect gift for them. 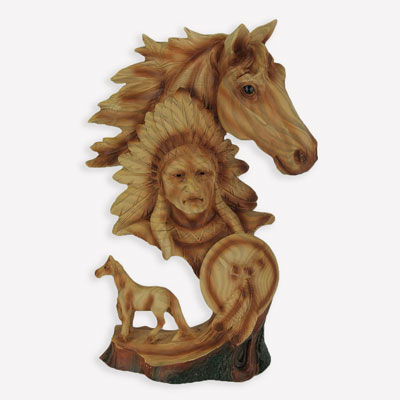 You don’t have to be a gift giving expert with a reputation for giving the perfect gifts on every occasion. While it may sound like a great idea often you’ll find yourself doing a lot of work and putting in too much efforts to please others.

It’s a good idea to save the great gifts for special people in your life and pick somewhat traditional yet attractive gifts for everyone else. This Native American chief wooden statue will make a fine gift for anyone with a predilection for native art or anyone who appreciates a cool statue to decorate their homes.

A Book on Native American History 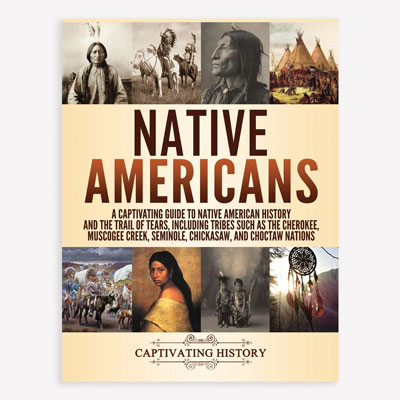 If you really want to learn about the history of Native Americans, and not the written by the western oppressors who were driven by their own agendas, this is the book to start with. This book covers Native American history in an interesting and in depth way. The book includes stories such as wounded knee massacre, information about the Native Tribes, Hiawatha, removal of Cherokee, Muscogee Creek, Seminole, Chickasaw and Choctaw Nations.

The book also covers the Startlin Theories of the arrival of the first native Americans, Roanoke - the lost settlement, The reality of Pocahontas, Origin of Thanksgiving and also the discovery of the gold and the Indian Removal Act. 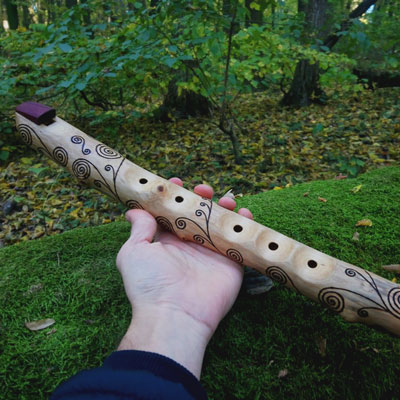 If we all got a cent every time some teeganger bought a guitar hoping to become America’s next rockstar we’d solve global poverty. Everyone wants to learn an instrument but only a few got the time to practice and learn. Which is why I don’t recommend giving instruments as gifts.

You can gift this to anyone who is interested in trying out learning new things. The flute itself makes for a nice collectible. 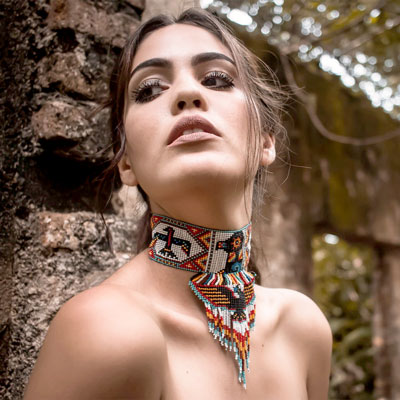 Women love jewelry and they also love getting it as a gift. The trick is to find the type of things they’ll wear. To do this you have to pay attention to the thing they already wear. Study their style and preferences.

If your recipient is someone who doesn’t shy away from trying out exotic accessories and takes fashion risks, they’ll find this tribal pattern eagle necklace impressive. 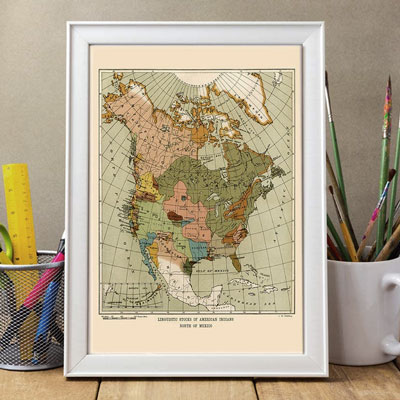 For thousands of years a significant population of humans were separated from the rest by a huge chunk of water. If it wasn’t for the explorers who landed on the shares of the Americas who knows how the world would be today. It could very well be that these populations were stranded for a few more thousand years and evolved into a distinct species (Australian mammals having been separated from the world evolved very differently than the rest of the world).

The native tribes didn’t have well established boundaries. Just vaguely defined ones that separated their territories. This language map art gives you a rough idea of their settlements. A cool gift idea for anyone fascinated with the native history. 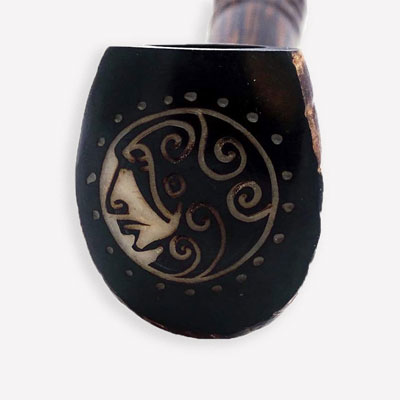 If your recipient is a human chimney who single handedly is keeping Marlboro in business, I wouldn’t suggest giving them this awesome Tagua Smoking pipe.

It’ll only encourage them to do it more. But if they’re casual smokers with a taste for exotic collectible pipes and are fond of Native American culture, this will be a perfect gift for them. They’ll find it charming. 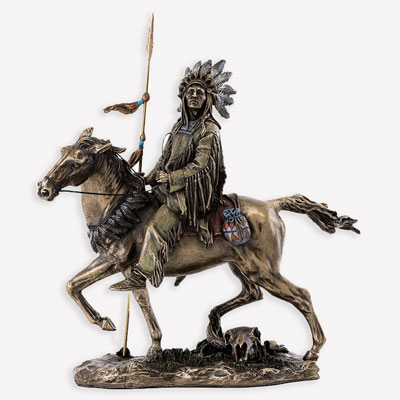 My advice for the average gift giver you’re not sure about what to give to your recipient, just pick something simple, pretty, and useful. That’s going to work every time.

This horse rider statue is a perfect gift for anyone who is fond of the Native American culture. 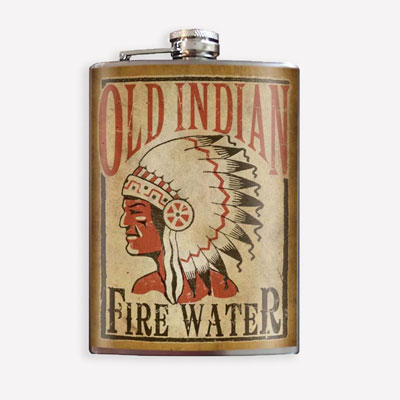 You may have heard the phrase, “The drunk Indian.” It’s a stereotype about Natives and their drinking habits. While it’s true that the population is susceptible to alcoholism, many of their youths end up losing their lives because of the problem. It’s unfair to stereotype people based on something like that. Like Asians (Who are genetically closest to the natives since that’s where they migrated from) Native Americans have trouble metabolizing alcohol.

Avoid this if your recipient suffers from a drinking problem. You don’t want to contribute to it. But if they’re casual drinkers this old fashioned Indian Fire Water flask will make a fine gift for them.

In this gift guide, you'll find the best Texas gifts that will impress any Texan in your life. A varie...

27 Hawaii Themed Gifts for People Who Love the Aloha Culture

The best Hawaii themed gift ideas that will delight anyone who loves Hawaii and its culture.

24 New Orleans Gifts for People Who Love the City

This gift guide brings you the best gift ideas for people who love New Orleans. A list of the most cla...

10 New York Themed Gifts for People Who Love The City

A cool collection of gift ideas for people who love New York. A list of things that any true Yankee wi...