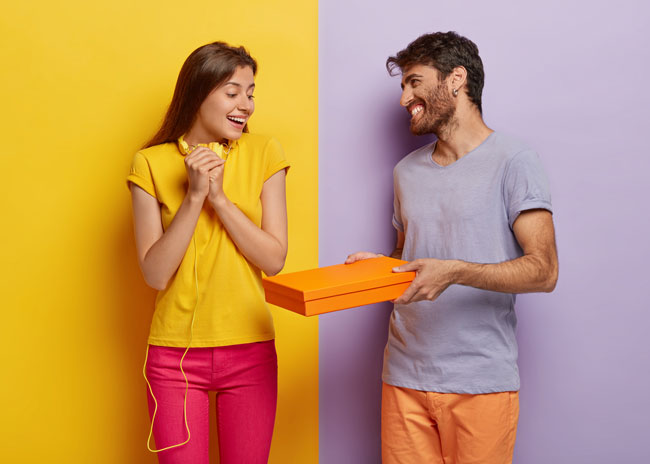 "There is no such thing as perfect security, only varying levels of insecurity."
― Salman Rushdie

Researchers Russell W. Belk and Gregory S. Coon from the University of Utah conducted a study on Dating, Money and Relationships. One of the participants, a 25 year old male, said this about one of his relationships:

“I had an overwhelming desire to shower the girl with gifts. I bought her all kinds of things such as stuffed animals, clothing, and jewelry. Unlike before when I viewed dates and gift giving as an investment, I was now making decisions about buying from my heart instead of my head. I spent so much money on the girl that I had to quit school for a quarter and work full time. I guess that’s what true love is.”

I wish I could say this was romantic, but it’s rather sad, unhealthy even. And yet stories like these are not uncommon. Ask any guy who has had the experience of falling heads over heels for a girl they thought was the one and they’d have a similar story to tell. It’s not uncommon among young guys to act in such an irrational manner when they think they’re in “love.”

Find out how models of human behaviour that have been around ever since thousands of years can help us beco...

The Role of Gifts in a Romantic Relationship 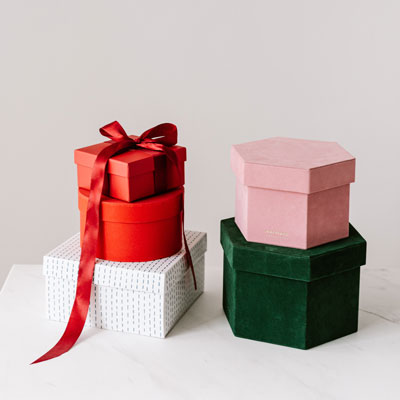 Gift exchange is an important aspect in a romantic relationship. A good gift can express your feelings to your partner effectively and strengthen the bonds. Romantic couples tend to take part in gift exchange more often early on in the relationship.

The gift choices at this stage also tend to be more inefficient (focused more on thoughtfulness rather than feasibility). This process is pretty natural and indicates a healthy dynamic between the couple. A power imbalance in the relationship can lead to insecurities that can manifest itself in the form of one person trying to overcompensate and try to impress with ‘over gifting.’

This behaviour is more of a symptom of an underlying problem rather than the cause of it. Although the action itself, in some circumstances, causes the recipient to be suspicious and leads to unpleasant feelings.

Let’s say there’s a guy who finds himself giving gifts to his girlfriend too frequently, and the girlfriend reciprocates less often. This may be caused by his feelings of insecurities. It may be the case that he thinks she’s too good for him and is subconsciously trying to impress her with gifts to win her favor. His feelings of inadequacy can lead to deeper problems in the future and, if not dealt with, can cause the relationship to devolve.

How Insecurities Drive People Away 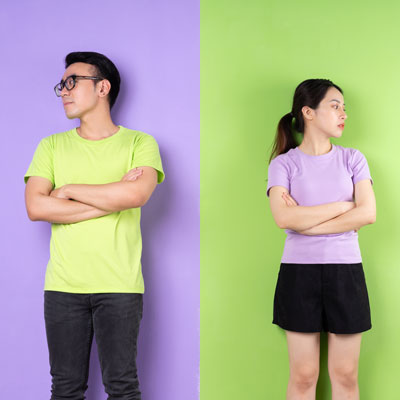 Like a pragmatic mother would tell her maiden daughter, The fastest way to drive a man away is by being too needy. This applies to men too. Insecurities and neediness is a hurdle in any relationship. These feelings often manifest themselves in all forms of actions that can make us seem less attractive to our partners. Jealousy, over possessiveness and resentment towards the partner are common symptoms.

You might think that your habit of giving too much is born out of kind heartedness and generosity, but that’s just likely to be your way of justifying your actions.

Another issue with this behaviour is that, assuming they have the right intentions, it can easily cause the recipient to feel uncomfortable. It may come off as you trying to buy their favors or put them in debt. It’s the same as how paying for a date makes men feel entitles to sex. Nothing comes free, after all. It can lead them to have feelings of distrust for you.

On the other side of this, if you constantly find yourself in need to impress your partner with gifts you’ll cause yourself to be more insecure, exacerbating the problem. How can you ever be sure that they love you for who you are when you yourself feel the need to constantly prove yourself and try to earn pointers with gifts.

Of course this is not to suggest that one should not buy gifts for their lovers at all. A well timed gift can strengthen the relationship and let your partner know you care enough to put in the efforts. It’s only when you cross the line between thoughtful gestures to obsessive pleasing that you know there’s a problem.

How to Know Where The Line is?

In a romantic relationship giving gifts to each other is often a way for lovers to communicate their feelings without using words. The gift you choose tells them how much you know them and their tastes. This is harder than it sounds.

Let’s take a look at the process of shopping itself. When you’re shopping for yourself you have a good understanding of what you need and want. You can just look at a bunch of options and pick one that suits you. When you’re looking for a gift (shopping for someone else) you have far less understanding of their current needs and wants. A good choice of gift let’s the recipient know that you know them well enough and pay attention to them.

If they are naturally generous and enjoy altruistic gestures, it’s normal that they’ll give much more to someone they care deeply about. In which case it’s not out of the norm or problematic for them.

When you shower someone with gifts too soon it doesn’t feel authentic because you don’t know them well enough to know their tastes. A gift here and there is good enough to express interests and maintain expectations. Give too many and you’re just wasting opportunities to express your feelings for them.

There is no formula for figuring out how many is too many. A good way to judge this would be to note, compared to you, how often your partner buys gifts for you. If it’s about the same and each of you initiate around the same amount of times, then it’s all good. If there’s a stark enough contrast though, then you need to spend some time trying to contemplate and figure out if there are insecurities that may be causing this.

Gifting is a language, when it goes unresponded, you know something is off.

This can go the other way too. If your partner is the one that’s displaying this pattern then they may have some feelings of insecurities in the relationship you two should figure out as it will lead to a more fulfilling relationship for both.

How to Deal With an Partner Who Gives Too Much 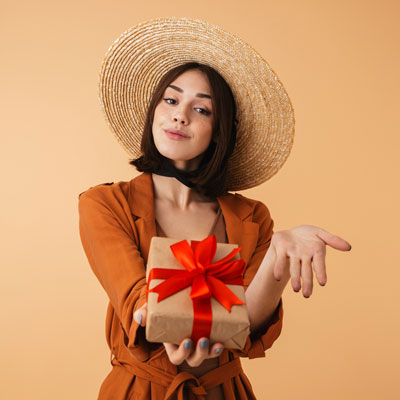 The answer to this is not as simple as “Just talk to them about it.”

It’s not easy to confront someone about a behaviour that is caused by their insecurities. There’s a chance you could hit a nerve and, at best, cause them discomfort and, at worst, cause problems in the relationship.

Also, there are people who over analyze things and look for red flags where there are none. You have to make sure that indeed there’s a problem before you try to fix it.

Are they gifting you stuff because the relationship is new and their urge to impress you is part of the honeymoon phase?

Here are some ways to deal with an over gifting partner:

1. Try to understand where their motivation for this comes from.

Is it just their personality? In my article on recipient personality types I discuss various types of recipients and what to gift them. A “do gooder” is one of those. They tend to put the needs of others over their own sometimes at a cost. Their behaviour is driven by a desire to please others. If your partner has such a personality, it’s unlikely that you’re going to change that.

2. Try to make them feel secure.

If they don’t feel very secure in the relationship they’ll try to overcompensate with all kinds of behaviours. In which case you should try to soothe those feelings with small gestures.

Let them know you care and love them for who they are. A well timed compliment here and there will work. Also let them know of the things you appreciate about them, their personality traits you find attractive, their talents, and their charming traits. Don’t go overboard on this though. A little effort will suffice. If it isn’t then you likely have deeper issues to deal with.

3. Wait to see if it normalizes with time.

You don’t need to freak out about too many gifts if it’s not accompanied by other harmful behaviours. Do they show signs of neediness, over possessiveness or feelings of entitlement? If not then it’ll normalize with time. They’re probably just trying to impress you with gestures and picking a good gift is something they resort to. Just wait and see.

You don’t need a degree in psychology to know that the old saying “Money can’t buy love,” is true. Neither the giver or recipient can truly form an honest relationship when one is trying to win the other’s love by spending money rather than relying on anything substantial such as trust and reliance.

These kinds of relationships are seldom functional and don’t provide fulfillment to anyone involved. Giving gifts to one another has its purpose in a relationship but overdoing will hurt rather than heal.

The Art of Seductive Gift Giving

Gifts are important in seduction. A well thought out & planned gift can make a great impression on you...