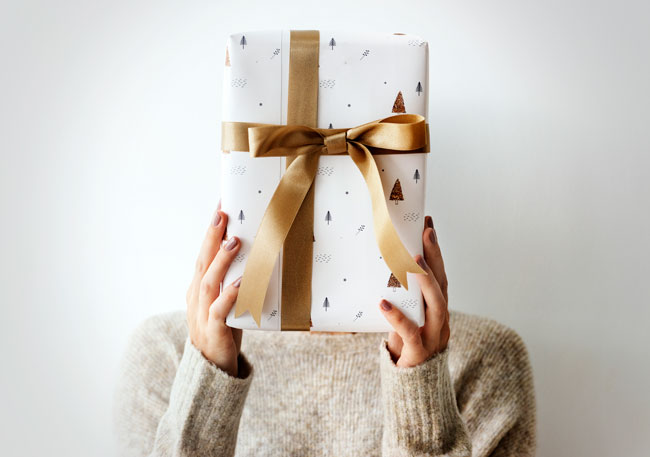 "The manner of giving is worth more than the gift."
― Pierre Corneille

Humans have come a long way in terms of the evolution of our species. If you need to look at how we used to be before we figured out how to start fires and cook our food into a more nutritious energy source, all you have to do is look at chimps in the wild. Our primitive ancestors used to be as brutal and as unintelligent as those apes are now.

The more sophisticated parts of our brains, such as the prefrontal cortex, allow us to reason, think rationally and inhibit impulses that would get us in trouble with the fellow humans. And while thousands of years of evolution have endowed us with a bigger, more capable brain, the more primitive one on top of which it was built on is still there driving the wheel sometimes. You know that extra cupcake you eat will make you fatter but something in you just wants to munch on it. That part of us also likes shiny, symmetrical things that look pretty.

Economists have long been puzzling over the strange nature of gift exchange. In their minds the simplest and the best option would be to just get someone cash or whatever they specifically asked for as a gift. This way there’s no chance you could go wrong. No disappointment, no time spent returning and exchanging gifts in the stores, no waste of resources.

When it comes to giving gifts, the more is not always the merrier. Thoughts on gift giving behaviour among ...

That all makes sense to a scientist but the rest of us are more reluctant with that method. It wouldn’t go with the spirit of gift giving. After all, gifts are meant to be surprising, we’re meant to delight our recipients by reading their minds and getting them what they didn’t even know they wanted. Gift giving is one of those things that seem senseless and wasteful but if you look closely you’ll see a method to this madness.

Gifts are more than just an economic exchange of goods. They have different purposes. To re-establish relationships and social bonds, to seduce, to maintain status, to keep communal harmony and more. Along with all that come some expectations of compliance to certain norms. They signal things about the giver, recipient and their relationship. A sort of language that lets us communicate without words.

In this article we discuss the factors that play a role in how a recipient will perceive a gift and hence judge the giver. What matters to them. What makes an item “giftlike”. You’ve spent a lot of time picking the perfect gift for your recipient. Use these neat, little psychological tricks to make it seem perfect.

Aesthetics Matter, So Does Presentation 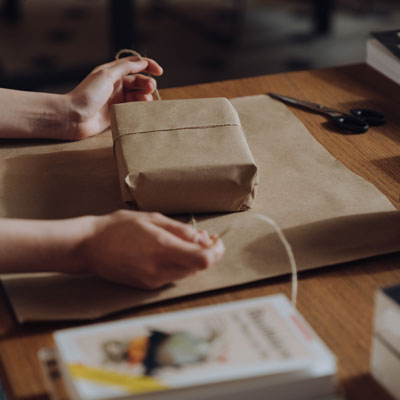 Looks matter in life. How attractive you look plays a part in how you’re treated by others and how successful you’ll be in your life. The same principle applies to gifts. Aesthetics of a gift shouldn’t be ignored and neither should presentation be. All the time and energy you spend picking the perfect thing for your recipient will fall short if you do.

Humans are not androids. We don’t look at the world in an unbiased, rational view. Our perception of it is filtered through a lens of emotions. All our senses play a part in this perception.

If you want to make the best out of your gift, you must consider the following requirements that make a gift feel valuable to your recipient. Following are four ways to make sure your gift succeeds in that.

A gift should be aesthetically pleasing

Recipients often prefer aesthetics over functionality. This is why gift stores are filled with such merchandise. These items are often inefficient in their usefulness yet they make most of the gifts.

Inefficient gifts may seem intuitively undesirable because of the lack of utility, but because for recipients gifts serve as “signals” about a person’s intentions about their investment in the relationship and inefficient gifts can be better signals.

The giver’s relationship to the recipient has to be taken into account when deciding on choosing an appropriate gift. If your relationship to your recipient is of economic exchange, for instance that of a parent and child and you provide for them, then you’re better of giving them something they can use. This changes when the recipient financially independent hence inefficient gifts are more preferable.

Men tend to put emphasis on practicality of things over their design. The hi-tech functions of a gadget may be useful but if it doesn’t look the part, chances are your recipient won’t be impressed.

A gift should delight. It should be unique and easy on the eyes. That’s what recipients prefer.

It should look expensive

A gift should also seem expensive. “Seem” being the operative word. That’s because the perception of value matters more than the pricetag itself. Socks don’t make for great gifts no matter how much you pay for them, they come off as cheap and too practical.

A research study on Gender Stereotypes and Gift Failures done in the 90’s found that subjects, both male and female, considered a CD player (New at the time) as a good gift. It topped the list that included items such as candy, leather jacket, roses, and pullovers. The subjects said that it was because it looked and was expensive and was “high tech”.

The findings may have been from decades ago but they still stand. Stuff that looks expensive and “high tech” is better liked. A gift must be “obviously expensive” as in made out of costly materials or has a good brand’s name on it.

The price itself isn’t a priority though. Even costly items can be perceived as cheap. It’s better to pick an item from the top of an inexpensive category than one at the bottom of an expensive category. Even if you’re paying the same for both choices, the former will be received well.

It should feel heavy

Weight matters too. A heavy feeling gift makes us perceive it as of more value. It’s one of those tricks that the brain plays on us. Our senses play a role in how we perceive the things we interact with. This can lead to bias but for the most part it helps us make snap decisions and avoid unnecessary waste of brain resources.

A study designed to find a correlation between the weight of wine bottles and their prices found that in most cases the weight of a wine bottle correlated positively with the price. It suggested that consumers can extract potentially useful information by ‘feeling’ the price of the wine. The weight helped consumers perceive the wine as better.

Wine manufacturers indeed use heavier bottles to package their more expensive wines in order to prevent loss due to damage to the bottles. But the weight of the bottles by themselves have nothing to do with the quality of the wine.

The underlying fact remains the same though. People perceived the wine to be more expensive based on weight of the bottle. That’s true for most things. A gift that feels heavier tends to be perceived as higher quality. Giving someone a hardcopy of a book is better than giving them a paperback as a gift.

You shouldn’t overdo it though. It should be heavy enough to feel that way to the recipient not give them a strained back. Just package it in a relatively heavy box or pick items that aren’t too light.

Presentation is important. Don’t skip the wrapping. It conveys effort and commitment. There’s a reason websites that offer gift wrapping to their customers get more loyal customers than those which don’t.

Gift exchange is considered a commitment by people who participate in it. There is a shared understanding among the participants of what an appropriate gifts is, the right timing for a gift and how it should be presented. Generally these unwritten rules are dictated by social norms within a community and following them ensures the thoughtfulness of a gift in the recipient’s mind.

Many large retailers and websites offer gift presentation option on checkout. If you don’t have time to wrap up a gift on your own you can just pay a little extra to get it done.

Presentation expresses special thought on behalf of the giver. When they receive a gift, recipients process the exchange and analyze the giver in terms of thoughtfulness, which is communicated through gift presentation.

If you want your recipient to think of you as thoughtful, make sure you wrap it in a decent wrapping paper and a bow.

The lesson here seems to be that aesthetics and presentation matter in gift exchanges. Make it look pretty, feel heavy, seem expensive, wrap it up nicely, and your recipient will be happy. If you don’t your time and efforts spent on picking the ideal gift for them won’t be as effective.

When it comes to giving gifts, the more is not always the merrier. Thoughts on gift giving behaviour a...

The Art of Seductive Gift Giving

Gifts are important in seduction. A well thought out & planned gift can make a great impression on you...